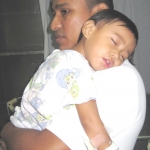 A multinational mission group led by Dr. Womack traveled to Panama in October 2012. The group included two pediatric cardiologists from Nicaragua and Costa Rica and two from Panama. The goal was to establish regional cooperation between the three countries.  Each small country benefits from working with their neighbors, sharing medical experiences and expertise. In the past ten years, Dr. Womack has performed approximately 300 catheterizations in Panama. This mission added 22 heart interventions to the growing list of children treated. The highlight was a five-day old baby that was born with virtual atresia of the pulmonary valve (the valve had only a pinhole opening). The baby was dependent on a fetal vessel kept open by continuous medicine until Dr. Womack was able to permanently dilate the valve. The valve was dilated successfully.  In his mission follow up report Dr. Womack stated: “In this case, the procedure was frankly lifesaving for the baby. He would have died without it. There were plenty of important cases but none more than this one. Thanks to you, Salah, and the benefactors of Children’s Lifeline, for helping so much!” 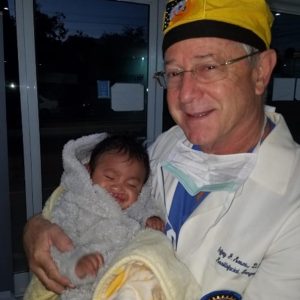 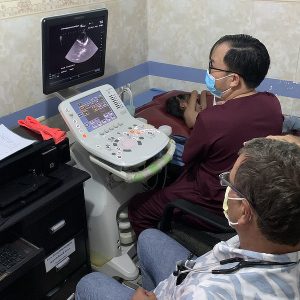